We at the WTHP Blog missed a few things in 2013 that we would love to share with you. The following series of posts are from three to nine months ago and provide two different perspectives on the children’s lives.
—
Janet O’Flynn traveled to St. Vincent’s with several sewing machines repaired by Sammie Wakefield. The following is an email from Janet with a few pictures of the children using the machines.

Dear Sammie, You have given a marvelous gift to these young people at St. Vincent’s Center! Here are photos of the very engaged, tireless, young people sewing their beautiful tote bags on the machines you restored. Thank you, and thank you also Alinda for driving them to West Hartford, and thank you Hope for putting them into the barrels! 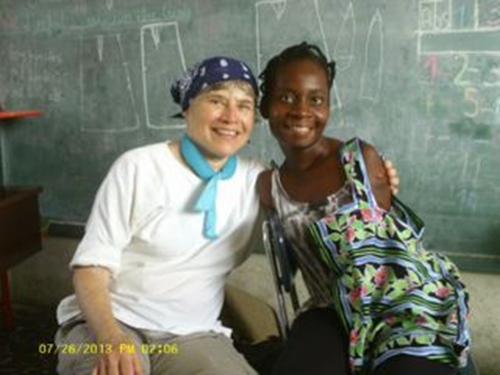 As you can tell by the pattern on the board, there is a sewing class and a sewing teacher at St. Vincent’s during the school year. They have very appropriate treadle machines, already, which are good for when the power goes out. But the kids we were working with have limb deficiencies and could not operate the treadle: having an electric motor to operate the machines was a godsend. The young woman at the black metal machine was happy to pose for photos. 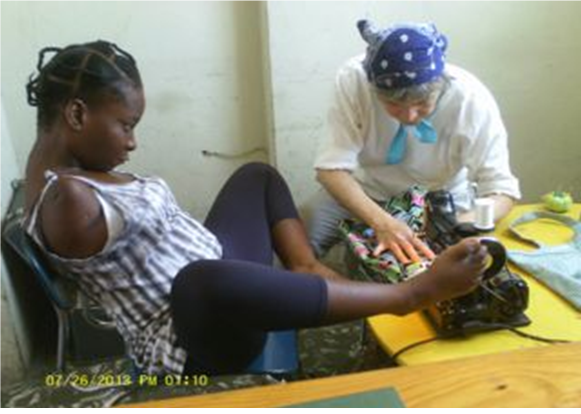 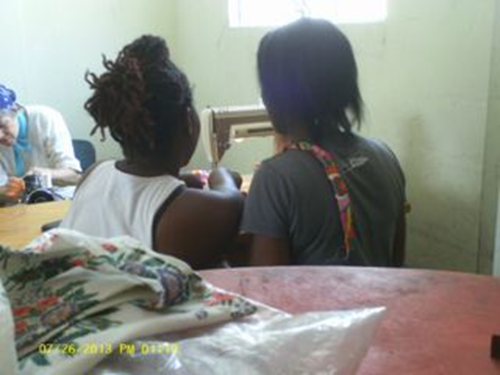 The young women at the beige plastic housing machine did not feel properly dressed for a photo, but didn’t mind if I took the picture from the back. Another young woman was there most of the morning, and a young man came in and asked, with a big smile, “Is there anything here for boys?” He was a good tailor. The pictures don’t capture the length of the sewing sessions on the two days we spent in the sewing room: the young people started early and just kept going for hours. They each made a pillow case; and then a tote bag; and then another tote bag….Thank you so much, Sammie!
This entry was posted in Stories & Updates, Uncategorized. Bookmark the permalink.