This Sunday, March 30, at St Mary’s Cathedral in Memphis, we will have a special blessing of a new altar linen for the Cathedral altar.  This Fair Linen, as it is called, has a special meaning for me and those of us who work in Haiti.  The Sisters of St Margaret, who live and work in Haiti, create and embroider altar linens.  You can see their brochure pictured here 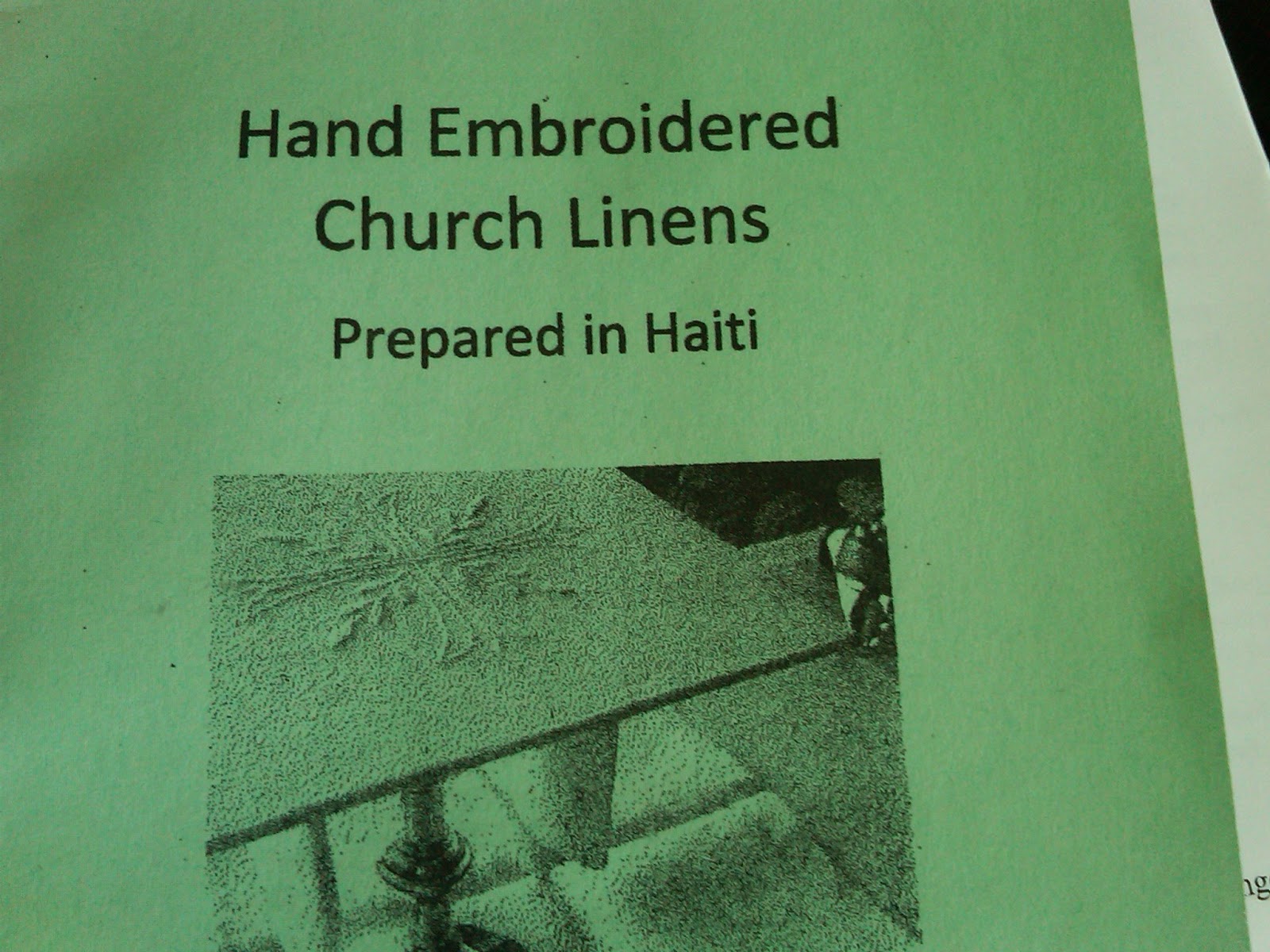 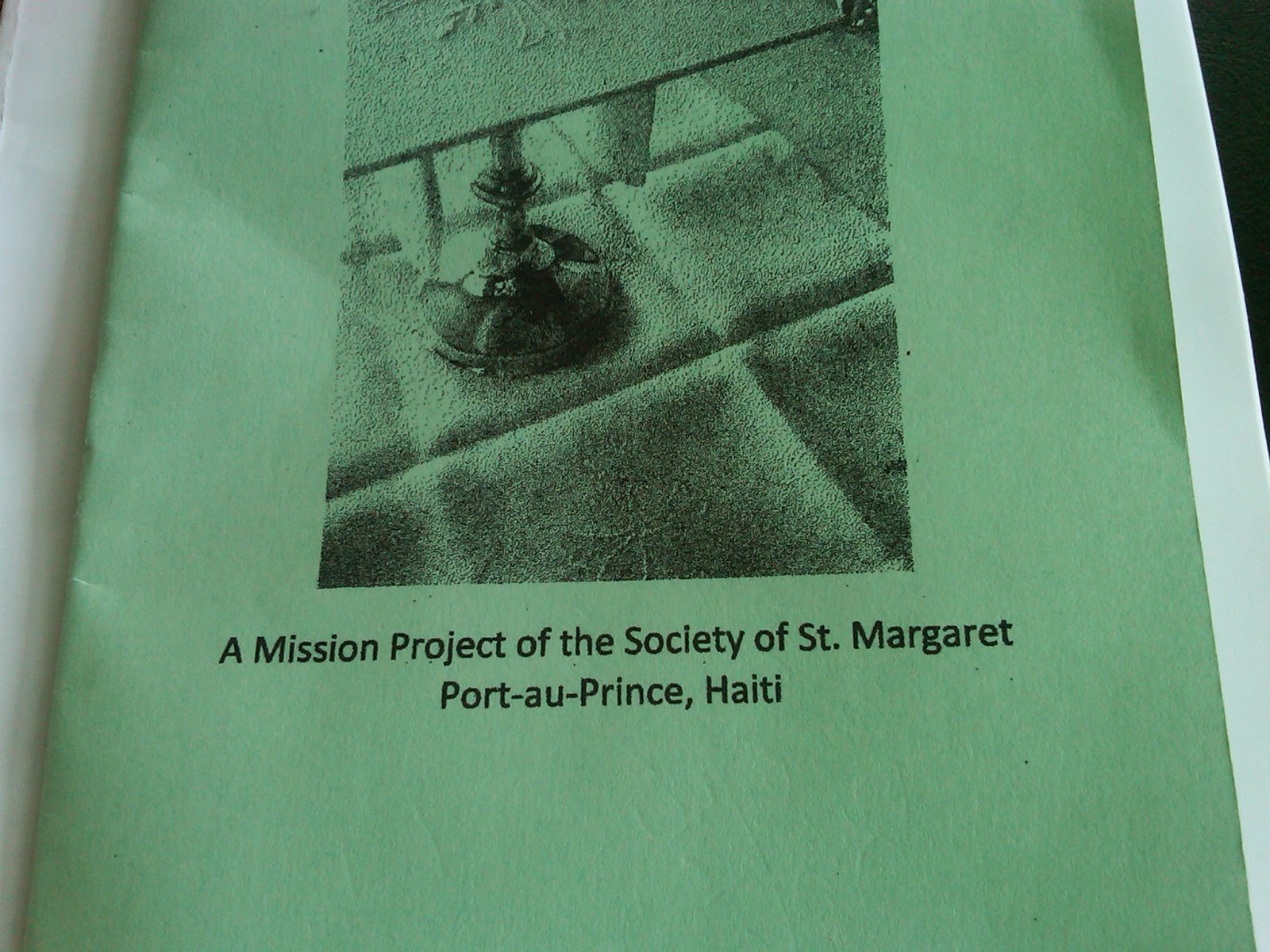 This religious community is the same group that Sr Joan Margaret belonged to; the sister who founded St Vincent’s School over 50 years ago.  I have been hoping we could have something embroidered by these sisters, in use at our altar at St Mary’s, for years.
Finally the time came; the altar guild had purchased a new fair linen and it needed to be embroidered.  I convinced Ann Moore to convince the Altar Guild to let me take this precious item to Haiti with me, to take it to the Sisters and have them embroider a design on the ends.   I am not sure everyone in the Guild was sure this was a good idea, but I promised to guard it with my life and ensure its safe return to the US.

So last October, I asked Jean Robert, our faithful Haitian guide and translator, to take us to the convent where the Sisters live.  Arriving there one sweltering afternoon, we were told, “The Sisters are not here.  They have gone to Leogane.”  What to do?  With my broken Kreyol and Jean Robert’s help, I explained to a woman named Gertrude what this cloth was for and what we needed done.  Much hand waving and pointing (and sweating), trying not to sweat onto the altar linen!   She gradually understood and then took me to a large chest in a back room.  Opening the chest, she pulled out the most beautiful pieces of embroidered cloth, pile after pile of linen and what looked like altar pieces.  I was awestruck. How could these cloths keep so clean and white, in the dusty heat of Port au Prince?  I showed her the design we wanted on our linen, and left her with our Memphis treasure, with some misgiving I will admit.  Its not the first time I have been anxious about the outcome of one of our adventures in Haiti!

I expected that I would retrieve this linen on my next trip to Haiti, knowing that shipping back and forth to Haiti is complicated, to say the least.  So I was hugely surprised to receive an email from Ann Moore that she had received a package from Haiti!  I rushed over to her house that afternoon and heard the rest of the story.

She says the mailman had knocked on her door the previous day, and when she answered she almost shut the door in his face.  She wasn’t expecting a package from anyone.  She asked who it was from.   “Florida,” he said.  As she started to close the door, she heard him tentatively say, “The Society of the Sisters of St Margaret in Haiti?” Suddenly she threw open her door and grabbed the package from his hands.  “No,” he said, ” you owe me three dollars and ninety cents.”  “What??” she exclaimed? 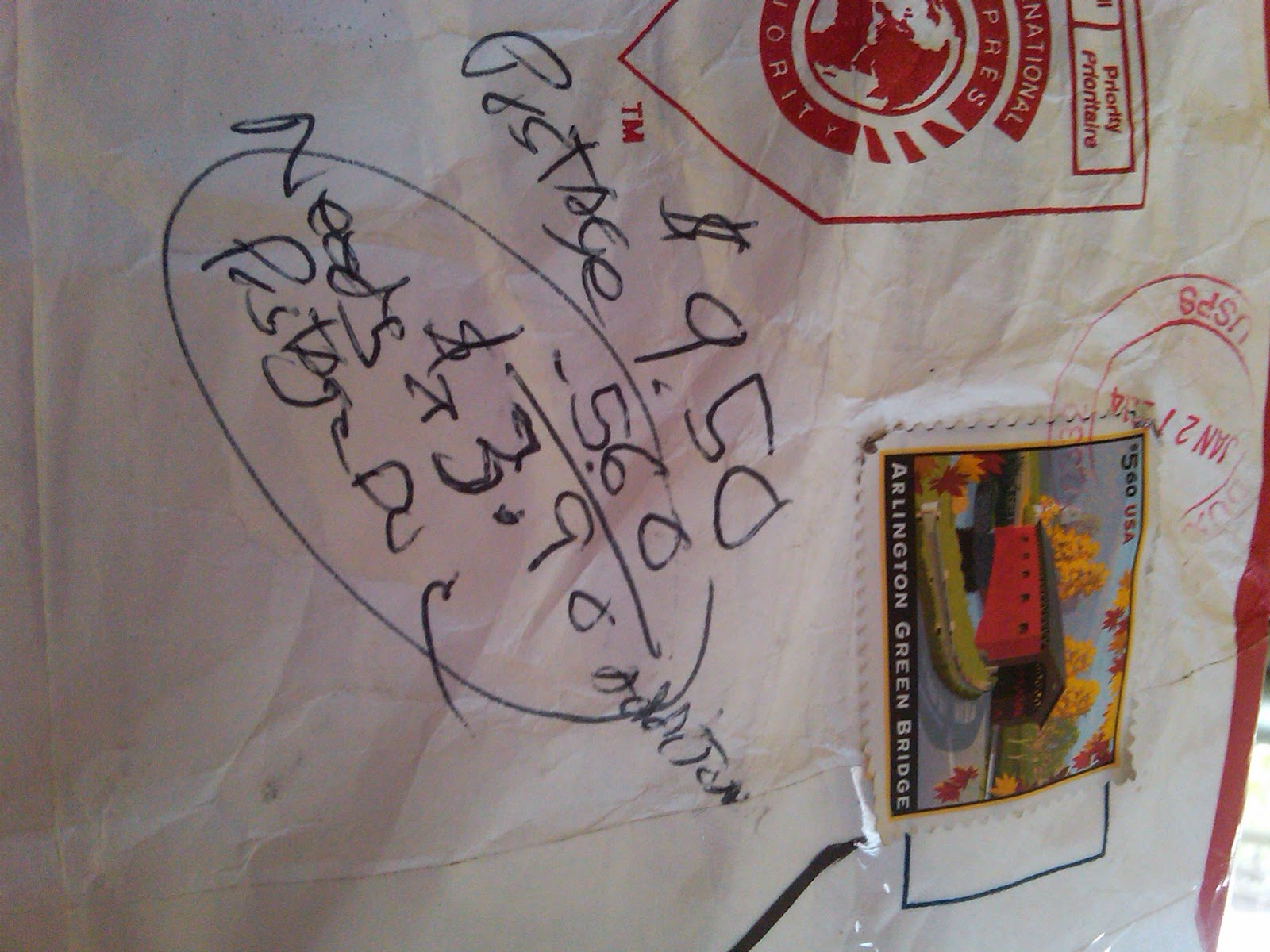 Some small struggle ensued, apparently, while Ann realized what the package was and why she owed the man extra postage.  Eventually she sorted it out, and with trembling hands she opened the box to reveal the lovely altar linen, intact and beautiful, with both ends embroidered exactly as we had requested. 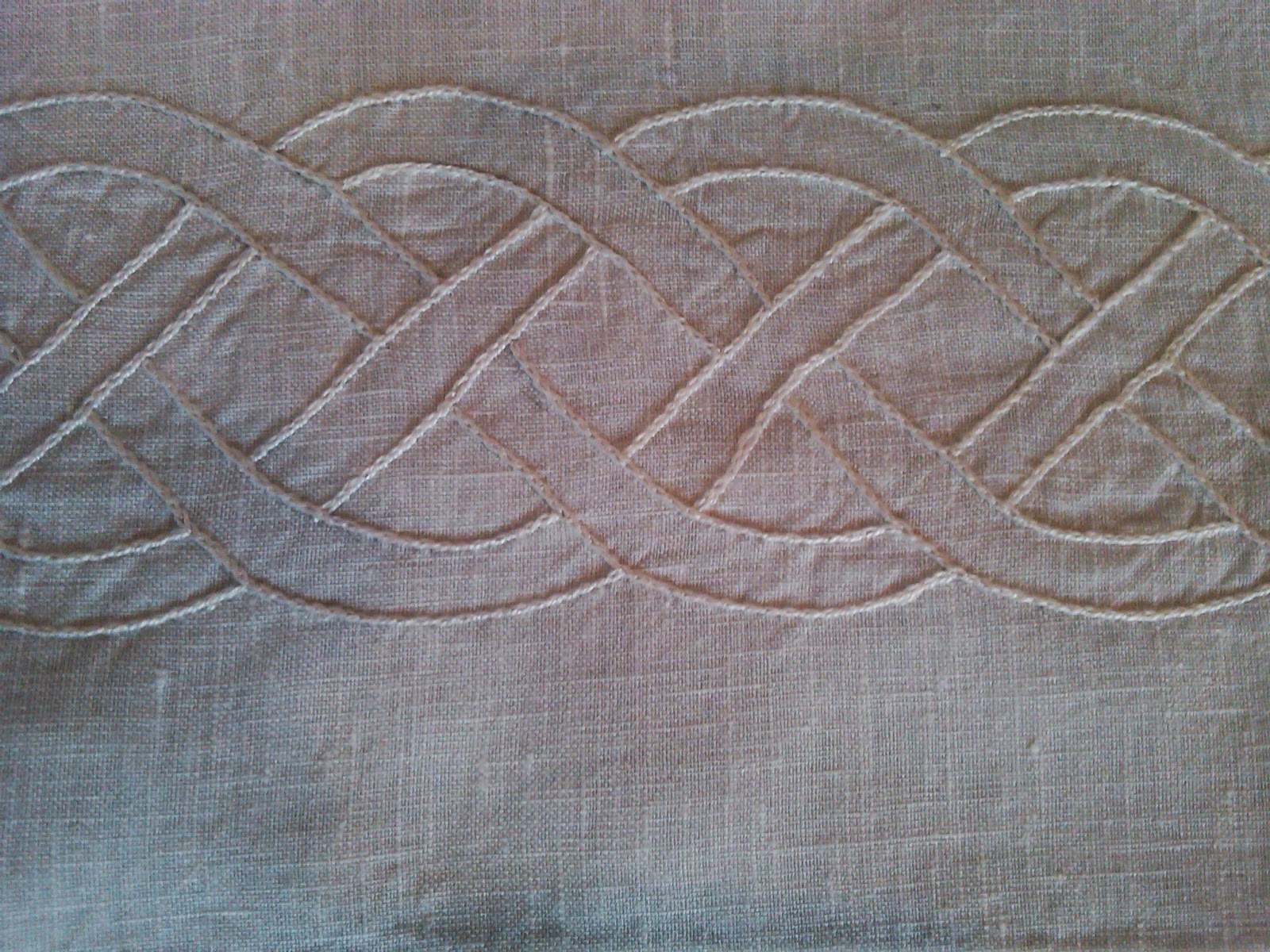 I find it difficult to impart the excitement and joy Ann and I had in receiving this treasure back from Haiti.  A connection between the Cathedral in Memphis and a group of nuns in Haiti.  Confirmation that the process works, that we can do this again.  That the labor of love of women in  Haiti will now be displayed on our altar, in service of the sacrament every time it is offered. 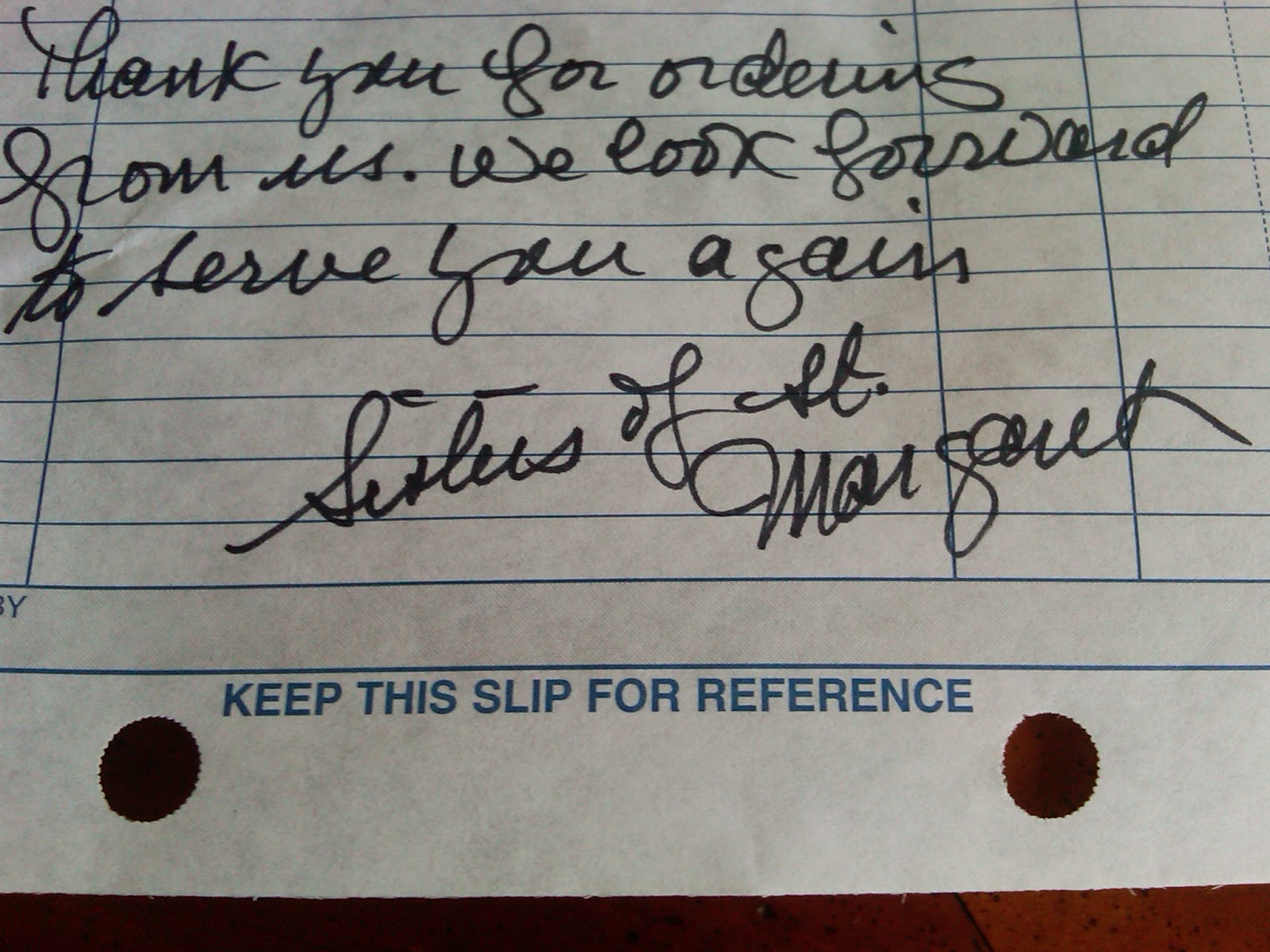